Everyone loves to spoil their pets, and few animals are as eager and grateful to be spoiled as dogs. The issue is that while man's beloved canine companions may go wild with glee over the extra snacks and attention that their owners choose to give them, many of the most common human foods are harmful or poisonous to dogs -- often resulting in chronic health conditions and sometimes even death.

Read ahead for a short list of some of the most common foods with which people end up accidentally poisoning their dogs.

While it's fine to give your dog apples, you should be sure to remove the core and seeds before doing so. The reason for this is that apple seeds contain the chemical known as amygdalin, which releases cyanide when it is digested. This tends to mostly become an issue when a fairly large number of seeds are ingested by your dog, but even a moderate number may result in an upset stomach or other health conditions.

Chocolate is one of the worst things which you could give to your dog, for a variety of reasons. To begin with, there's the caffeine content. While the amount of caffeine found in a bar of chocolate might be negligible to humans, it may present a serious problem to dogs. This is because dogs (and most animals) are far more sensitive to the effects of caffeine than humans. If a small dog manages to ingest a substantial number of coffee grounds or even a few tea bags, for example, the result can be death.

Caffeine, however, is not the real killer in chocolate. That honour goes to the two chemicals theobromine and theophylline, which are extremely toxic to dogs and which can cause damage to your dog's heart and nervous system even in fairly low doses.

The level of theobromine in dark chocolate is much higher than the level found in milk chocolate. This means that according to the Merck Veterinary Manual, 2.25 ounces of baking chocolate could kill a 22lb dog -- while 20 ounces of milk chocolate would be needed in order to achieve the same effect.

Onions, taken in any form or cooked in any style, are a very dangerous food to let your dogs near, and can easily be lethal if ingested in any substantial quantity. This is because a series of compounds found within onions (and leeks, garlic and chives) known as organosulfoxides are poisonous to dogs and cause direct damage their red blood cells. The side-effects associated with ingesting onion include the following:

For more information, contact your dog food supplier, such as Geelong Farm Supplies. 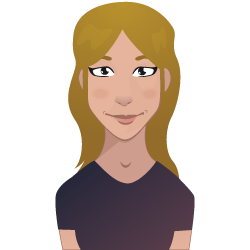 Hello and welcome to my corner of the internet. My name is April. I grew up on a family farm, and now that I live in the city, I maintain a kitchen garden. Over the years, I have learned a lot about planting everything from large fields to small container gardens, and I wanted to share that knowledge so I decided to create this blog. In it, I plan to post advice, facts, ideas and comparisons about planting, seeds, fertilising, composting, weeding and choosing equipment. Pull up a chair, get comfortable and start reading. I hope you enjoy my blog!